Rob was also placed first in the HSJ’s annual ranking of the top 50 chief executives. He is the first mental health Trust chief executive to ever be awarded the top spot in the list, which this year recognised the achievements of NHS leaders in tough times.

HSJ judges were impressed by Rob’s “humility, support for staff and partners and a focus on population needs”.

Rob joined the Trust in May 2016 from NHS Confederation, where he was chief executive for over two years. He has worked in healthcare since 1990, spending several years as a successful chief executive in the NHS in West Yorkshire.

As well as leading the Trust, Rob is lead chief executive for the West Yorkshire & Harrogate Health and Care partnership (WY&H HCP), also known as an integrated care system (ICS).

Trust chair Angela Monaghan said: “Rob is a much-respected leader across the health and care system for his compassionate, values-based and inclusive leadership style. His commitment to staff wellbeing, championing diversity, and tackling inequality sets the tone for our organisation and ensures that our services truly meet the needs of the people we support. Rob would not expect to receive an accolade like this, but we are extremely proud of his achievement which is very well deserved.” 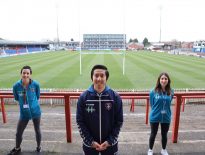 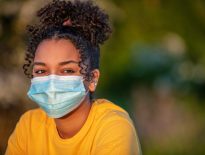