“In my experience, people thrive when all of who they are is acknowledged.” – Manreesh’s South Asian Heritage Month story

Business support manager Darren Phillips has raised almost £500 for Trust charity EyUp! after he took part in the first ever Veterans Banger Rally.

Taking place from 7 – 11 September, the Rally covered 1,800 miles starting at the National Memorial Arboretum in Staffordshire with a wreath laying ceremony followed by the first leg which was to Llandudno in North Wales.

The Rally then hit Torquay in South Devon, travelled north to Skegness, and continued up to Newcastle Upon Tyne before the final leg to the finish line at the Royal British Legion club in Halton, Cheshire.

Throughout the journey the teams had to complete various tasks and challenges to gain extra points. Darren said: “Some of these challenges were a lot easier than others – like trying to persuade a policeman to put their handcuffs onto your co-driver and then photograph them in the driving seat of your car. The fact that the Bangers and Cash TV crew joined us came in handy for the challenge of getting a photo of a celebrity with your car.”

The aim of the Rally was to raise funds for The Royal British Legion, Soldiers Sailors Airmen & Families Association (SSAFA), The Captain Sir Tom Moore Foundation and nominated charities from those taking part. Darren’s choice was EyUp!, which supports the work of the Trust; making a difference to community, mental health, wellbeing and learning disability services.

Darren continued: “44 teams took part and all managed to get to the finish line, although a few did get there on the back of a recovery truck! The event was thoroughly enjoyed by all who took part, and we are now all looking forward to next year’s rally which will be from the UK to Gibraltar.” 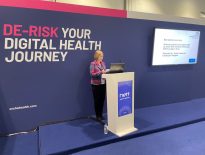 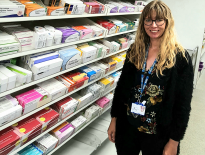 Uncategorized What happens in a day in the life of a pharmacist?…