Every Christmas staff and service users alike are treated to one of the highlights of the year – the annual Newton Lodge Christmas concert.

Working alongside professionals from Yew Tree Arts, a local performing arts company, service users work together to write, direct and perform in their own production.

The project aims to build the confidence, teamwork and drama skills of participants, as well as spreading the Christmas spirit across the Trust.

The 2014 performance ‘Santa Gets Kidnapped!’ was written by Becky, she said “I am very grateful to the people who took time to come to rehearsals, know their lines and generally try their best. The fact that I wrote it made me feel the buzz that I used to feel about performing before I started taking drugs and drinking. Thank you to everyone who came to watch and who took part in the play. Without their efforts, I would not have had a play to produce.”

Sarah Osborne, Yew Tree’s artistic director said “We’ve been involved with the concert since the beginning, and it seems to get bigger every year. As I looked around at the conversations that were happening I got a real sense of how positive the event had been.” 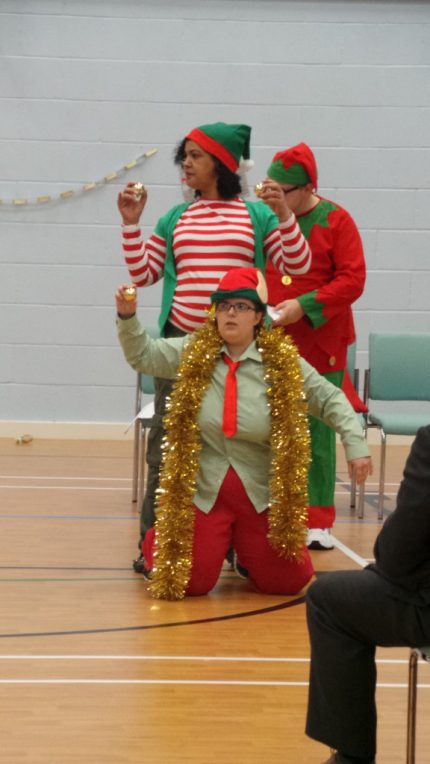 Get in touch with project organisers

This project is run by Yew Tree Arts