Since being diagnosed with Borderline Personality Disorder (BPD) Kayla has worked to promote mental health awareness and challenge stigma, helping others to understand more about her condition whilst pursuing her love of music. 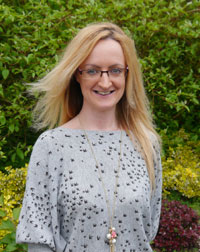 Kayla Kavanagh is a singer-songwriter from Barnsley. Since being diagnosed with Borderline Personality Disorder (BPD) in 2009, Kayla has worked to promote mental health awareness and challenge stigma, helping others to understand more about her condition whilst pursuing her love of music.

“It all started in 2008 when I somewhat impulsively bought a campervan on a well-known internet auction site. I was already writing and performing at this point, so decided to think about how I could work my new purchase into the music.

This led to ‘Live from the Kampervan!’; essentially me pulling up in a field, getting out and playing my songs. Touring for a year in this way made me see that it was not enough – I wanted to do more!

Post-diagnosis, in 2009, I took some time off. My diagnosis had given me an explanation for the previous eleven years – a long time not to know what is going on. I had thought I was different, but until that point, I had really been feeling around in the dark. Being diagnosed meant I now had something I could learn more about – a big improvement on not knowing what was happening or why.

Then I was spotted on YouTube by Emergence, an organisation I now work with regularly. They asked me to play at their national congress, so I did! From then, I realised it felt right to use music together with mental health.

Music has been the key to my wellbeing. It allows me to harness my impulsive side and focus chaotic emotions into lyrics and music. I have never wanted to hide my mental health condition – it’s such a big part of my music that, if I couldn’t talk about mental health, I wouldn’t be able to say anything to an audience.

There are times when I don’t think I’m any good. But then I look at the things I have done – like progressing from playing out of a yellow campervan in the middle of a field to being on the bill at the Edinburgh Fringe Festival – and I think yes, I have actually achieved these things. Then there’s my second album, which wouldn’t have happened without me having some ‘fans’!

I had songs and ideas in my head, but recording takes a lot of money that I just didn’t have. People kept asking me when I was going to do another album though. Then I was told about Pledge, a ‘crowd funding’ website, where people could make pledges for things that they wanted to see happen.

I decided to give it a go and put my details on the website. And people made pledges! I raised all the funding I needed to make the second album, with 10% of the profits going to Emergence. Then I just had to do my bit and make the album.” 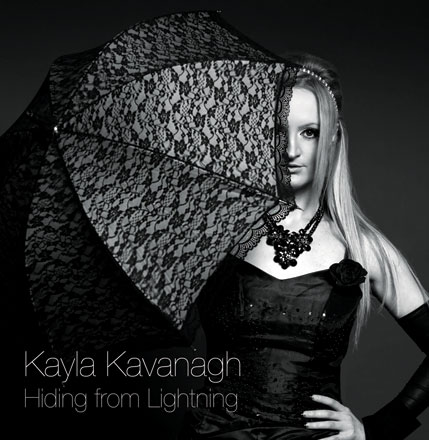 Kayla plays nine instruments and writes her own material which explores mental health themes and her feelings about her diagnosis.

“I love the time leading up to an album release because there’s so much to do and I always want to be busy. Typical of people with BPD, I hate having nothing to do and am always aiming to fill my time. Nine instruments?! I have taken up – and subsequently discarded – dozens of activities over the years. It all looks so interesting: I throw myself into it, buy all the gear, then, oh, I’m bored of that now, what’s that going on over there which seems so much more exciting? I think I’ll do that instead. And so on and so on. There’s always a space I need to fill, whether with a crochet hook, campervan or masses of little men made from felt (I know).

But my BPD has also brought me good things.”

Kayla’s work to raise awareness and reduce the stigma of mental health problems has included an interview on BBC Radio 4’s Woman’s Hour about how music has provided a positive outlet for the overwhelming emotions associated with living with a mental health condition.

She gives performance talks, when she plays for a group of people, then she and her partner and carer, Nigel, talk about life from their respective points of view.

Kayla also works as a senior trainer for Emergence, a service user-led organisation supporting all people affected by personality disorder. This involves visiting workplaces across the country to deliver certified training with the aim of increasing understanding and helping people deal with the challenges of personality disorder.

“Organisations which may have a particular need for this kind of training include the police, housing organisations etc. I attend along with a health professional for three days and we have had hugely positive feedback. Personality disorders aren’t particularly well-known in the way that conditions such as depression and bipolar are, so I think people really appreciate the knowledge and information we can give them.

Although I am never obliged to tell participants about my BPD, I always do. We have to be more open about mental health. I want people to see that you can have a ‘normal’, fulfilling life and that you don’t need to put a limit on what you can and can’t do.” 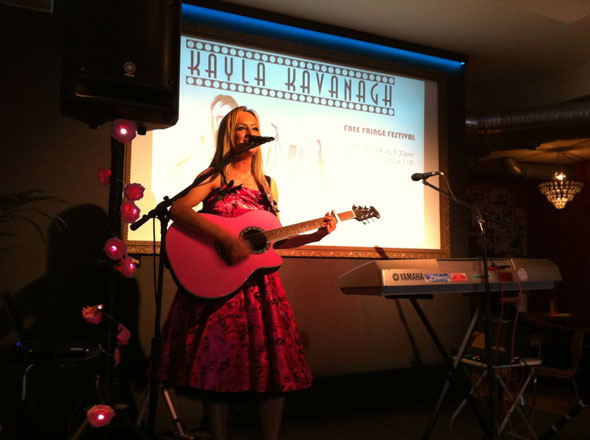 Through her recorded and live music, articles in the national press, YouTube, her blog and tours around the UK, Kayla has been able to speak to hundreds of people about mental health and she was also named ‘Creative Hero – Professional’ at the 2012 Mental Health Hero awards.

“I don’t think I’m special – I’ve just found the thing I am passionate about. Everyone has something that they love: art, crafts, computer games – it’s just a matter of finding it. For me, it’s writing and performing; I can’t imagine being without music.”