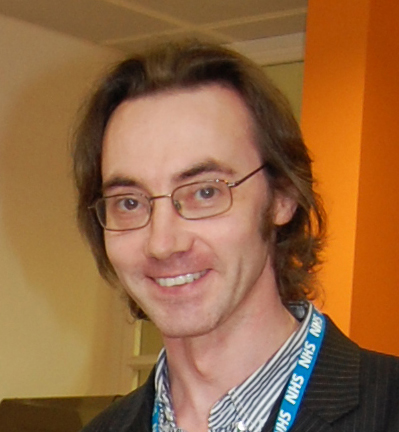 Alex struggled throughout his adolescent years feeling isolated from his peers. After facing many ups and downs he found he could use his personal experiences to help others.

“I used to think I was unique, the only one going through it. When I found out I wasn’t, at first I thought it trivialised my experiences, but now I take solace in the similarities I have with others. My story has a happy ‘ending’ but sadly the body of it will be all too familiar with many people.

My mental health problems started when I was a child. This was partly due to undiagnosed specific learning difficulties, I was both dyspraxic and dyslexic and I struggled with school. I felt isolated from my peers and I didn’t understand why. Teachers branded me as lazy, difficult and a misfit. I fell behind in classes and I was punished for not trying.

Until I was eight, reading and writing were both impossible. Sports days were hell and my handwriting was a source of constant frustration. The bullying started fairly early on and it didn’t stop until I joined sixth form college. At the same time I faced difficulties at home.

All things considered I did well at school and college, and I went to university and got all my qualifications. But somehow my achievements did not seem legitimate to me. Most of my peers didn’t struggle the way I did and it left me very unsatisfied. Because my confidence was low I couldn’t think of a direction for my life. Ideas wafted in and out, but never really took root. By the time I left university I had already tasted life on the dole, seen doctors, counsellors, psychiatrists, psychologists and taken a lot of medication.

At this point I understood my illness quite well – it had started with anxiety and developed into full blown depression. It destroyed my confidence, motivation, relationships and it made my life seem pointless. I drifted from person to person, house to house, job to job, and collectively I spent years on benefits.

It’s been a constant battle to find my niche and feel settled. You don’t always make the best choices when you are ill and you don’t always perform like you should. Consequently I’ve had a lot of jobs and I’ve not always been treated very well in work. In much of my early work experience I rarely declared my illness as it felt like too much of a risk. When I did I either didn’t get the job or I got given the menial tasks. I also learnt the hard way that bullying and harassment don’t always end when you leave school.

But, along the way there were glimmers of hope- however I didn’t always see it at the time. I did meet marvellous colourful characters who became my friends, and I did push myself in spite of any misgivings I, or anyone else, had about my abilities. Even when I wasn’t working or was too ill to work I tried to keep myself occupied. I got a taste for voluntary work in the community when I was at college and later in my life I latched onto it as a way of doing things I really wanted to do without some of the pressures of paid work.

Sadly sometimes things get worse before they get better. My relationship with the benefits system and the world of job seeking continued to be an increasingly taxing one. On the worst days I could barely leave the comfort of my bed and I had a terrible numbness.

My breakthrough came when one winter my neighbour gave me his allotment and all his tools. My new allotment was in a poor condition and I wasn’t terribly enthusiastic at first. In the rain, mud and cold, I forced myself to bring it back to life. I would weed it by hand and turn the soil for exercise and I repaired the greenhouse and prepared my first seed beds. By the summer, the allotment repaid me by bringing me back to life.

I returned to some of my first loves including record collecting. Music has always been a constant source of joy for me and I’d always fancied being a DJ so that I could share that enthusiasm. I don’t know of any other dyspraxic DJ’s but I took inspiration from the eclectic tastes and technical mishaps of John Peel. Sadly, DJing is rarely a money spinner- they say you are doing well if you can pay for the records – but I continue to love it!

After a long battle, I was finally tested for dyspraxia and to my surprise I also tested positive for dyslexia. Thankfully in both cases it wasn’t severe but enough to be a significant disadvantage. I immediately set about organising a support group for adults with dyspraxia in the region. The diagnosis gave me mixed feelings of relief, coupled with immense sadness about all those years of struggling.

Ironically, another turning point came at the very same job centre that I had dreaded going to in the past. I was given a leaflet about the ‘Looking Ahead’ work preparation course by my disability employment officer. It was an outreach project run by an occupational therapist from Vocational Enterprises, which was then part of South West Yorkshire Mental Health Trust (now South West Yorkshire Partnership NHS Foundation Trust). Joining a group of people with similar problems was a real eye opener and the course taught me some very practical ways to forge ahead with getting back to work. I soon joined Vocational Enterprises (VE) as a client and with the encouragement of the staff I gradually began to accumulate all the attributes I needed to rejoin the world of work. I learned new skills and updated old ones. My condition was accepted and I felt part of a team. It quickly became a springboard into other opportunities. I had the chance to become involved in services and I immersed myself in learning about all things associated with mental health. When I started to properly look for work I was given good references and other clients helped me with interview practice.

A few years ago I did have a really bad spell of about three months when I was severely ill which cumulated in my being admitted to intensive care and a psychiatric ward. With a great deal of support from friends, family and staff I recovered remarkably quickly. When I returned to VE I felt like I had rebooted myself and the experience made me more determined to succeed.

Since then I have been working as part of the Trust’s inclusion team, where I can help other people who have experienced mental health problems or have learning disabilities. Now I put my accumulated experience, both good and bad, into good use. I like to think I maintain a good balanced vision of what the public want and what we can and should deliver. The team is super and I very much enjoy the challenges of the job. I look forward to my future role within the Trust and hope my experiences can help support other people.”