Men’s mental health and male suicide are two of the most stigmatised subjects facing society in 2021. West Yorkshire-based organisation Andy’s Man Club have been challenging those stigmas and offering free, peer-to-peer support for men every Monday night since 2016. 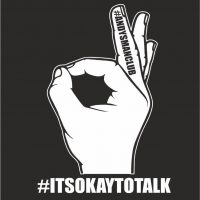 Trust electrician Andy Kilburn attended an Andy’s Man Club session for the first time in early 2020. He is now helping to facilitate the Dewsbury branch of the club after an inspiring journey.

He explained: “From late 2017, I found myself in a position where a build up across several years of stresses and anxieties had got the better of me. One of the biggest contributing factors to this was how uncomfortable I felt talking to people about my issues and feeling as though I was burdening people. I finally took the step to seek help and following on from some fantastic support from the NHS, I took the decision to attend an Andy’s Man Club session for the first time in early 2020.”

“At first, I had my reservations about Andy’s Man Club. Would anyone care or be able to relate to the issues I mentioned? Would there be a negative atmosphere at the sessions? What are the people like who attend? Within 2 sessions, I realised quickly that any preconceptions I had about Andy’s Man Club were false. Being able to speak openly in an anonymous, non-judgmental environment and then pass on my own experiences to men later as a part of the facilitator’s team has been so, so rewarding.”

The Trust is proudly supporting West Yorkshire and Harrogate Health and Care Partnership’s ‘Check in’ campaign, encouraging and normalising discussions around mental health in the workplace. 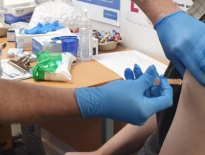 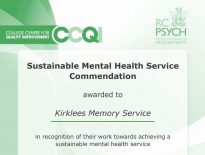