A local man has made a generous donation of three iPads to a South West Yorkshire Partnership NHS Foundation Trust assessment unit for people with dementia after being impressed by the care they provided for his late mother.

Ronnie Goodwin visited The Poplars in Hemsworth to donate the new iPads and protective cases to the unit with his wife Barbara and grandson Jake. They presented the iPads to Unit Manager Debbie Peel.

Ronnie said: “I chose to donate the iPads to The Poplars as my mum, Kathleen, used to come to day treatment at the unit for her Alzheimer’s, and the staff were fantastic with her.”

Ronnie raised the money at the funeral of his son, Ben, who sadly died in a car accident in 2011.

He continued: “I didn’t want to just donate money as you are never sure where it goes or what it funds. I wanted to give something that would make a real difference. I was so pleased when The Poplars said they would be grateful for my donation – now I know where the money raised has gone and that it has done some good. I’m happy, my grandson Jake is happy, and I know it has gone to a good cause that is close to my heart.

“I know how hard it is to look after people with dementia or Alzheimer’s so I think this will be great for them. I couldn’t think of a better cause.”

Unit Manager Debbie accepted the iPads from Ronnie and gave him a card from the unit to say thank you. She said: “We were shocked when Ronnie offered to donate such a substantial gift to The Poplars. We were very pleased, but we thought he was kidding!

“Ronnie asked if we had any ideas for gifts that would help benefit service users on the unit. A few weeks before, a relative had come to visit a family member and had brought along an iPad for them to use. All the service users wanted to have a go on it – they were playing the piano and doing art on it, and were really engaged.

“We asked our service users and staff for suggestions for things to donate, and after the relative visited with the iPad, we thought it was a great idea.”

She continued: “The iPads will be very beneficial and help stimulate our service users. We will we use them to help our service users make personal choices and with the hundreds of apps available we will be able to offer activities suitable for each individual such as music and reminiscence. The apps will help to stimulate their memory and create some excitement too.

“Staff at the Poplars are also keen to implement the Portrait of a Life project and we feel the iPads will help greatly.”

The Portrait of a Life project began in 2009 through a grant from the Mental Health Foundation, and was developed by a team of clinicians and experts at the Trust. It has been designed to provide people who work in health and care settings – including the NHS and care homes – with the skills and knowledge to conduct ‘life story work’.

Life story work is a therapeutic process which aims to produce a collection of memories based on information about a person’s life through sharing and reminiscing.

Debbie added: “A lot of people with dementia feel they can’t do anything anymore so to create a tune on a piano or a piece of art is really wonderful for them.

“We are so grateful for Ronnie’s kind donation.”

Local man donates iPads to say thanks for mum’s care 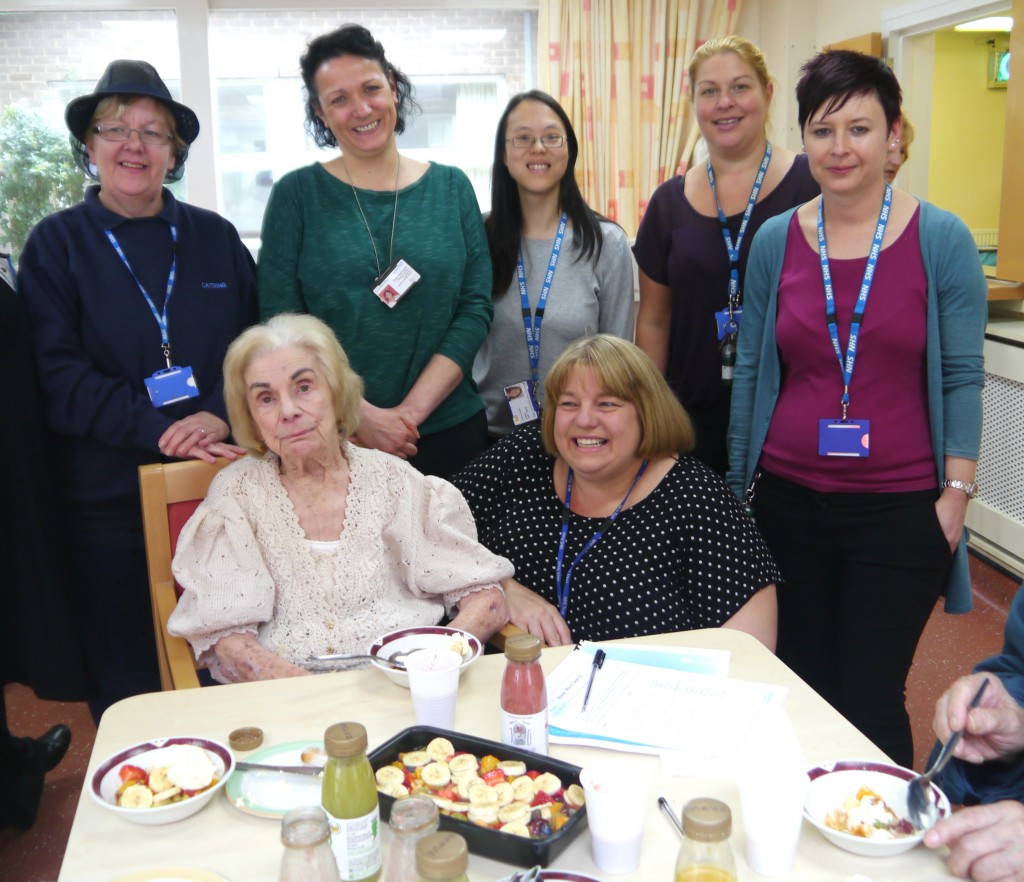 Uncategorized A taste of success for Nutrition and Hydration Wee…