A Trust ward for elderly people in Dewsbury has been ensuring service users get the right nutrition and hydration by hosting a number of fun foodie events.

Ward 19 on Priestley unit at Dewsbury and District Hospital has been cooking up a storm with its service users who take part in regular mealtime activities designed to help both their mental and physical wellbeing.

Service users can start the day with a breakfast club for up to six people, where they are invited to make their own breakfast from a wide range of hot and cold food. 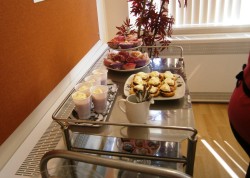 Ruth Endicott, activity co-ordinator on Priestley unit, said: “The breakfast club is particularly good for service users who have maybe lost their appetite or don’t fancy eating as much. They are able to come to the kitchen in a small group which is less intimidating than the large dining room and have a little bit of what they fancy.

“Although people are allowed to make their own choices, we guide them to choose what would be best for them to suit their nutritional needs.”

A lunch group aimed at service users who visit home more regularly to make their own food also takes place once a week. Service users go to the shops using public transport to buy their own ingredients, then cook up their culinary creations on Wednesdays.

Ruth said: “Being able to go to the supermarket on the bus helps the service users to re-learn life skills such as interacting with the bus driver appropriately. Taking responsibility for choosing some of their ingredients also helps to improve their confidence.

“Making the meals using recipes can help service users prepare for life when they leave the ward as it gives them skills such as following instructions and cooking with new ingredients, and also teaches them some good recipes which they can use at home.

“We’ve had especially good feedback from service users with hearing disabilities who enjoy being in a small group rather than in the dining room as it’s easier for them to concentrate and listen.” 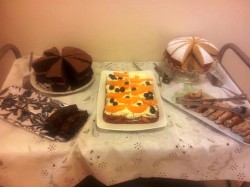 A visit from the former Mayor of Kirklees, Cllr Andrew Palfreeman, to mark the opening of Ward 19 in 2011 prompted the service users to roll out their best tablecloths and finest china for an afternoon tea – a tradition which they have continued ever since.

Service users, their family and carers are all able to dine at the afternoon tea, which is free for all and often comes with a theme. Around tennis tournament Wimbledon, the ward served summery strawberries and cream, and for Burns night in January, diners enjoyed traditional Scottish haggis with ‘neeps and tatties’ (turnips/swede and potatoes).

Ruth commented: “Our kitchen activities provide such a big social aspect for the ward – people come along in small groups and are able to chat and make friends. It’s particularly good because the wards are separated into male and female areas, but when they all come together at lunch time it creates a sense of community. The activities are beneficial for the service users in so many ways – both for their mental health and their physical health.”

Nutrition and hydration is a piece of cake for Ward 19 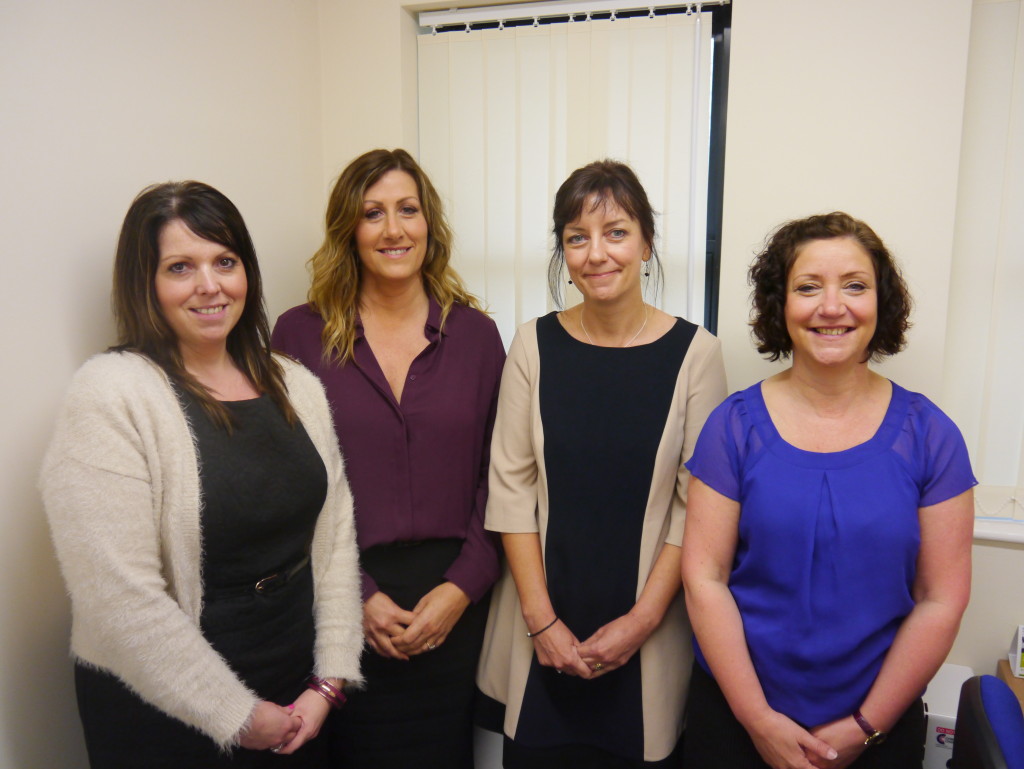