Pharmacist Sarah Hudson missed getting her flu jab one year and paid the price. She is now passionate about making sure people protect themselves, their families, friends and people they care for by getting the jab.

She explained: “I didn’t get my flu jab because I thought I’d be okay. I couldn’t find a moment in my day to go and get one and I thought because I wasn’t frontline staff and was healthy, it wouldn’t matter.

“In the same year, I went to visit my family a couple of weeks before Christmas. My god-daughter was really ill at the time but came downstairs from her bedroom to give me a quick hug.

“A few days later, I was in a meeting at work and a wave of nausea came over me. I had to leave the meeting as I thought I was going to be sick. I have no idea how I got home but once I got there I stayed in bed for four days. I was so upset as this was over the Christmas period and Christmas day was the first day I had managed to leave my bed in almost a week. 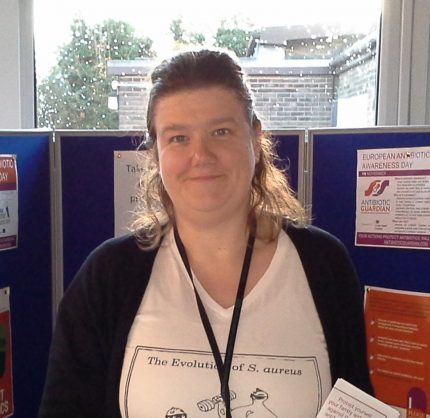 “People often group colds and flu together but I didn’t have any cold-like symptoms such as a blocked nose or a cough. I was aching, nauseous, dizzy and tired and found it really hard to do anything. It happened in 2011, but I still remember to this day how awful I felt.

“I’m a pharmacist but I was supposed to be helping out on a ward as they were short staffed. I said to my husband that I would try to go in as I knew that the staff needed me – but as I went to the bathroom to get ready, I knew I wouldn’t be able to go into work. I was devastated that I’d put my team at risk.

“Thankfully I did eventually recover from the illness but even a few months later I was still finding tasks that previously would have been easy for me very hard. I was 40 years old at the time and relatively fit, and was used to doing a lot of walking, but I found that doing five or six miles – a regular distance for me – was very difficult.

“I couldn’t help but think that if it had affected me that much as a fit and healthy adult, how would our young and elderly service users cope?

“I always tell people my story when they are unsure about having the jab or say that they don’t have time to go get one. I’m not frontline staff but I come into contact with a lot of people who work on wards and I know that I could pass it on to them and our service users. I think vaccinations are so successful these days that we forget how serious these illnesses are.

“I’d encourage everyone to think about what happened to me and get their jab.”