Local pupils have been preparing for the world of work with the help of our Barnsley services.

Therapists Debbie Skubala and Mandy Beresford, along with operational support officer Trudy Warner, helped to deliver sessions to over 90 year 9 and 10 students across South Yorkshire at a special skills day which focused on how actions have consequences for future career choices. 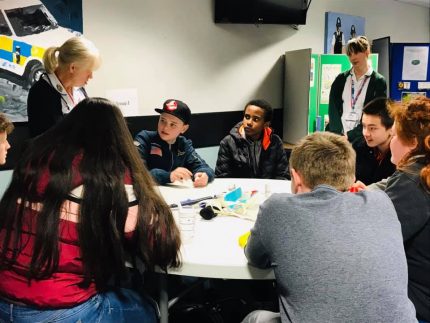 Alongside mock interviews and interview preparation with our services, the pupils also took part in sessions on internet safety and social media with South Yorkshire Police and team building with Sheffield Wednesday Football Club. They also learnt about the consequences of arson with South Yorkshire Fire and Rescue, which linked to a mock court trial with Doncaster Magistrates.

The day was held at the Lifewise Centre in Rotherham – an interactive learning centre for South Yorkshire communities, developed by South Yorkshire Police and South Yorkshire Fire and Rescue. Featuring a purpose-built set, it’s used to educate visitors about safety and citizenship with the aim of reducing crime and improving quality of life.

The pupils are part of the Better Learners, Better Workers programme which the Trust has been supporting alongside Barnsley Healthcare Federation. At the end of the programme, the students receive a ‘passport’ which they can take to employers to show that they have demonstrated skills such as communication and teamwork.

On 27 February, the first cohort of Better Learners, Better Workers pupils who started the programme in 2017 received their passports at Sheffield’s Cutlers’ Hall following two years of competencies and assessments.

Trudy Warner said: “We took part in the event to show pupils that there are more roles available in the NHS than they would think. When we ask what the students think they could do as a job, we get the typical answers of doctor and nurse – so they’re really surprised when we tell them that they could work in the NHS as a painter, chef or lawyer.

“At the skills day we helped the students to prepare for a job interview. We asked them to select an outfit they would wear then took them to the mock shop in the Lifewise Centre to carry out a real interview. A lot of them were nervous but it was a really good experience for them as it meant they could be better prepared for when they take on real job interviews.

“It was a really interesting day for both us and the pupils which hopefully opened up their eyes to some of the different roles they could apply for in the NHS when they leave school.”

Students set for life after school with support from Barnsley services 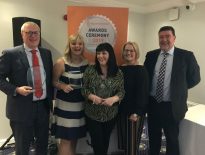