A campaign which aims to combat loneliness across West Yorkshire and Harrogate has inspired hundreds of people across the area to take conscious steps to look out for those around them.

The ‘Looking out for our neighbours’ campaign, commissioned by West Yorkshire and Harrogate Health and Care Partnership launched on the 15th of March with the aim of helping to prevent loneliness and improve the wellbeing of residents in the area. 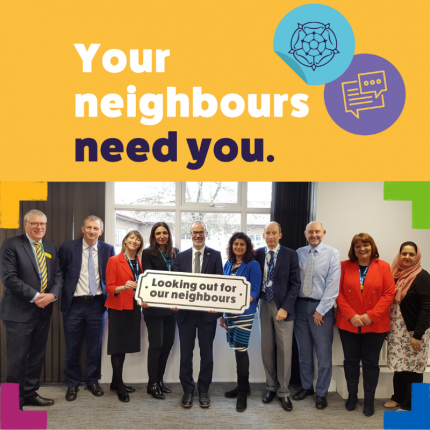 Campaign activity has included the distribution of over 30,000 ‘helpful neighbour packs’ across West Yorkshire and Harrogate that includes a range of different resources to help residents take simple, positive action to look out for a neighbour in need.

Coinciding with Mental Health Awareness Week, people across West Yorkshire and Harrogate have shared their stories of how the movement has inspired them and those around them to make a positive difference in their local community.

The campaign has also received support from over 350 supporters including high-profile organisations such as Jo Cox Loneliness Foundation and the Yorkshire Ambulance Service.

Another supporter, Stonewater Housing Association in Halifax shared how the campaign has been positively received by their residents:

“This campaign has impacted on our work in a retirement living scheme and the residents who live there. Whilst there has always been a sense of community within the scheme, for the rest of the community nearby life carries on as normal. This campaign helped get the message out to the local community about being neighbourly and the launch event that we held at Copley Mill House in Halifax was attended by external neighbours outside of Stonewater housing. This really generated interest and increased the residents’ sense of their own place within the community.”

The campaign is backed by Kim Leadbeater, sister of the late Jo Cox MP and Ambassador for The Jo Cox Foundation. Kim said:

“Looking out for the newly bereaved and others whose loneliness may trigger health problems is something we can all do. I feel passionately about creating well-connected communities where everyone is happy and healthy and has a sense of identity and belonging. It’s wonderful to know that some of the connections being made through the ‘Looking out for our neighbours’ campaign can be continued as part of The Great Get Together, which takes place on the weekend of Jo’s birthday in June. I believe if we all work together to prevent loneliness and its associated health risks, we can have a positive impact on the wellbeing of everyone – during Mental Health Awareness Week and beyond.”

“It’s wonderful to hear about the positive difference the campaign is making across the area. For many years, the Mental Health Foundation has built evidence showing the link between loneliness and mental health problems. Many people feel lonely at some point in their lives, whether this is due to bereavement, divorce or other life changing events and without the support of family and friendships it can be very difficult to overcome.  I’m very proud my Trust and the Partnership is working together with our communities to highlight the causes and effects of loneliness and social isolation and importantly trying to do something to help.”

Karl Jordan is participant, turned facilitator, for Andy’s Man Club in Wakefield. Karl started attending Andy’s Man Club in July 2018, after he saw a poster displayed at Fieldhead Hospital where he was receiving treatment and support for depression, anxiety and post-traumatic stress disorder (PTSD). It took Karl four attempts to actually walk into the Club – something which he shares is common with most new attendees – and has since praised the Club for “saving his life”.

“Andy’s Man Club is a sanctuary for men to talk openly about anything that they may be struggling with. Since the Club started in 2017 its growth has been exceptional throughout the UK, and it currently helps on average 376 men per week. The Club helps men to offload about the weight of modern-day life from those who may be struggling with depression, alcoholism, substance abuse, anxiety, suicide and even loneliness. At Andy’s Man Club they understand that loneliness can be a precursor to other health and wellbeing issues; predominately mental health challenges. The simplest of actions can prevent or help to reduce the risk of suicide, self-harm or mental health deterioration. For example, asking for your neighbours mobile number and texting them to check up on them can make a big difference.”

Since the launch, over 350 supporters have signed up to back the campaign, promoting its message throughout their organisation and within their community. The campaign has also received attention on social media, with the hashtag #OurNeighbours being used over 1000 times. In addition to over 30,000 helpful neighbour packs distributed, a further 600 people have downloaded a digital version of the pack from the campaign website.

To download your own helpful neighbour pack or find out more about the ‘Looking out for our neighbours’ campaign, visit: ourneighbours.org.uk. 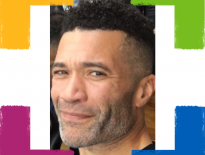