Communications and marketing manager Auli Miles spoke about the events that led her to taking the LGBT+ pledge during LGBT+ History Month:

“As a recent recruit to the Trust, I was pleased to hear that there is a positive way to show support for my Trust colleagues who are part of the LGBT+ community. I took the step to make the pledge to demonstrate my commitment to this important agenda.

“I recognise that people who identify as LGBT+ face unique recurring and frequent challenges. For example, a gay friend recently commented that you don’t just ‘come out’ once, you come out countless times throughout your life. This simple but powerful statement reminded me that he constantly manages other people’s reactions to his sexuality, in a way that many don’t. I can’t remember ever disclosing my sexuality to anyone; the subject simply hasn’t arisen. I openly talk about my partner and children, without fear of judgement, questioning or unwelcome curiosity. I recall a lesbian colleague telling me a horror story about people’s reactions to the news that she and her wife were expecting a baby. She said numerous intrusive questions followed about how they had got pregnant, who they chose to be the baby’s father and their relationship with him. People asked how they would decide who physically carried their daughter and whether my colleague could accompany her wife to the birth. The questions were probably innocent but reflect a worrying lack of sensitivity about their right to privacy and robbed them of the joy of their pregnancy announcement.

“Recently, I watched the hit Channel 4 series “It’s a Sin”, which so powerfully conveys the individual and collective experiences of people during the 1980’s at the height of the Aids crisis. I was shocked and upset to see the scenes, based on real life stories, which showed the isolation, prejudice and hate that people had to endure. The determined courage of the woman who stuck by her friends as they acquired the HIV virus and then became ill with the symptoms of advanced AIDs, reminded me how important it is to authentically value people, regardless of their sexuality, race, age or marital status. The history of the AIDs crisis is an insightful barometer of the way that LGBT people were treated within society. It doesn’t reflect well on many who ‘pedalled hate’ in the face of other people’s suffering and fear.

“Equally the history of marital legislation points to the gross injustice that LGBT+ people were unable to make a public and legal commitment to their life partner. Thankfully, attitudes are changing and reflected in many governments and areas of the church allowing LGBT+ marriage. One of my friends, who is a vicar, is conspicuous on my social media feeds because he posts frequent supportive LGBT+ messages. I would like to live in a world where religious leaders and politicians all commit themselves fully to an equal and inclusive society; I would like my friend’s affirming attitude to be ‘the norm’. This will only happen if we each individually find ways to combat prejudice and promote equality across every area of our public and private life. I hope you will therefore consider taking the pledge. This is your chance to become a positive part of LGBT+ history.”

Staff can visit the intranet to take the pledge. 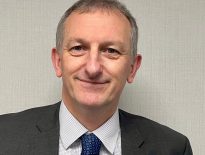 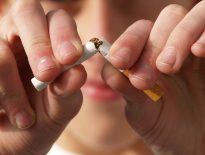 Uncategorized Yorkshire Smokefree is top of the stops in quit sm…