Building on the Partnership’s national award-winning staff suicide prevention campaign ‘Check-In’, the campaign aims to promote a wellbeing culture by normalising the conversation around suicide and mental health as well as providing communication tools and resources, links to credible sources such as the life-saving Zero Suicide Alliance training, and signposting to local support.

The campaign aims to raise awareness of the risk factors that may lead to suicide, inspiring people to start conversations about mental health with the men in their life at home, in the community and at work. It sets out practical help we can all give when checking-in.

Carmain Gibson-Holmes, deputy director of nursing, quality and professions at South West Yorkshire Partnership NHS Foundation Trust, said: “Noticing changes in your friend’s behaviours and reaching out or starting a conversation can be the starting point to improving their mental health and getting them the help that they need. The campaign aims to raise awareness on what help is available to men in the West Yorkshire area and it’s important we all spread the word.”

Surinder Rall, service lead for the West Yorkshire Suicide Bereavement Service, says it is essential that we all know the warning signs of suicide. “I lost both my father and my uncle to suicide. So, I speak from experience when I say that we should all work together to combat the stigma and talk more about suicide. To achieve our target of zero suicides in West Yorkshire, we must continue to talk and ask each other about mental health and suicide. That’s what the Check-In campaign is all about.”

Rob Webster CBE, and chief executive officer designate for WY HCP said: ‘While people at risk of suicide may try to hide how they are feeling, they often give out warning signs. You might notice changes in their behaviour or be aware of events in their life that could be affecting them. By knowing what to look for, having the skills and confidence to have a conversation and provide support, you can make a huge difference to someone’s life, and their family. I’m urging everyone to get involved so they know the signs and how to respond. You can also start straight away by doing the online training provided at www.zerosuicidealliance.com.”

Developed with local men and built from their experiences, the campaign resources can be used publicly in various places – in person and virtually, such as on WhatsApp groups, Facebook and Instagram, in workplaces, community groups and elsewhere. 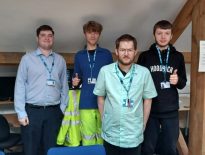 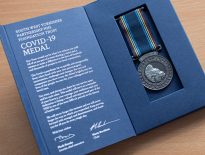