“For a long time I had known that I was different. In the early 80s I kind of had it figured out but in reality, there was nobody at that time to approach. These were the dark days before the internet when telephone boxes existed instead of mobile phones.

“Well, I knew I had a gender issue but society drives you to conform. I had never come across Transgender so I guess it is safe to say I conformed to the society norms. That said, behind closed doors was another issue. Two failed marriages later and I finally came out and to my amazement, I didn’t lose any family or friends. It seems most of them had figured it out long before and were waiting for me to make the move.

“I am nine years in transition now and I can honestly say there is nothing better than being allowed to be myself. In lots of ways though, I was still in a safe and privileged place. I owned my own company so who is going to argue with me within that organisation? Covid put an end to the business and I had to get out in the real world.

“I figured I needed a change of direction work wise and wanted to work with people so I was absolutely over the moon to receive an offer of a job with the Trust as a peer support worker. This in turn brought about the opportunity to start a Transgender support group – TransBarnsley. Our aim within TransBarnsley is to help other trans and non-binary folk through this tricky thing we call life. We are also starting to work with families of trans people too which is awesome. If ever anybody wanted to see a commitment by the Trust to stand with Trans folk, this is surely it.

“In addition we are also looking at a co-produced presentation on Trans issues. Let’s bust some myths and hopefully make our bit of the world a safer place to be.

“My Trans life is amazing and more so now that I can help others on their journey. That is pride.

Uncategorized “There are lots of things that I am proud of… 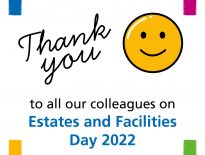 Uncategorized “It makes a difference for service users to …