Noma Ndhlovu is team manager for crisis and eating disorder CAMHS in Kirklees and Calderdale. In Race Equality Week, she reflected on what she’s faced in her time with the NHS.

“I’m originally from Zimbabwe and came over with my twin sister. As a black African nurse in the NHS I have had positive and negative experiences.

“I have had patients who’ve asked not to be treated by a black nurse. Either they’ve thought my skills won’t be not up to par or else concerned I won’t be able to understand them. Thankfully every time this has happened I’ve been well supported by colleagues who have politely put patients right.

“I’ve also had ‘micro aggressions’ from colleagues. This has included comments about my African hair looking like a microphone and touching it – inappropriate curiosity. I’ve also had comments about my clothes – been described as ‘flamboyant’ and told by one woman that my clothes are “so bright you can spot me a mile away”. I guess I’ve dealt with this by building my own resilience.

“Things have improved over the years. In general younger people tend be more understanding of diversity. I’ve also been impressed by the efforts of older colleagues to reflect on behaviours and embrace a more progressive equalities agenda in the workplace.

“What I have enjoyed most in my career is working with wide range of service users. No two days are the same, no two patients are the same, and it’s enabled me to adapt and grow as a nurse. I get great satisfaction in providing care and helping them to live more fulfilling lives.

“I’ve been with our Trust almost 15 years and benefitted from a lot of experiences and opportunities. I’ve also had some great mentors and role models. Being well supported and encouraged has helped me to develop as a leader and given me the confidence to encourage others.

“If I could change one thing in the NHS it would be representation. Considering the large numbers of black employees, there are still far too few black people in significant decision-making positions.”

time to read: 2 min
Uncategorized We sign up to go smokefree with NHS Pledge 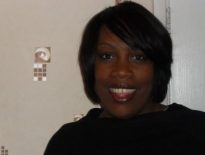 Uncategorized “Black people need to be better represented and …