As the Hindu community proudly celebrates Diwali, consultant psychiatrist Arun Viswanath shared an insight into his life, from growing up in the peaks of southern India to moving to the hills of south Yorkshire. He also explained more about an Indian Hindu practice, the Bindi.

Hello, my name is Dr Arun Viswanath, and I work within the Barnsley functional older people’s inpatient and community services as a consultant psychiatrist. I look after a busy unit on Willow ward and my community team covers the whole of the Barnsley area. I am supported by junior doctors and other professionals in this exciting dual role.

It has been quite a journey for me from the city of Tumkur in southern India to the peaks in South Yorkshire. Tumkur, my birthplace, is recognised more now as it hosts India’s first mega food park, a project from the ministry of food processing in India.

When I was growing up it was known for its elevations and rocky hills and a special dish called ‘Tate Idli’. Perhaps this has influenced my choice to work and live near the peaks in South Yorkshire and my love for food continues in the UK. Growing up I was fond of the natural springs and liked to climb the rocky elevations in and around with friends. Surrounded by rich culture and traditions, I was pleasantly surprised to have found the local Indian communities proudly maintaining such practices even in the UK when I arrived here for my higher training.

There was one of the many Indian Hindu traditional practices which fascinated me the most when growing up which Indian women, including my mother and wife, have followed religiously. Applying ‘Bindi’ on the forehead is one of the many ways Indian women are recognised in the world.

‘Bindi’ characterises the culture of the Indian subcontinent. The Bindi, or the red dot as it commonly referred, is also called tikli, tikka, kumkuma, sindhoor, vermillion and so on based on which part of India you come from.

The shape and colour are no longer restricted to a circle or red. The word ‘Bindi’ is derived from the ancient Indian Sanskrit language word ‘Bindu’ which means a drop or a particle. It represents various things. It can denote a women’s mystic third eye and in yogic practices it is where the one of the powerful chakras is located which is the focus in meditation.

In Hinduism, the red colour symbolises love, bravery, honour and prosperity, hence it was worn to symbolise these aspects in ancient times.

In Hindu weddings the groom applies the Bindi on the bride’s forehead and partly on the bride’s hair. A traditional Bindi is usually maroon or red in colour. A pinch of vermilion powder is applied skilfully with a ring-finger to make a perfect red dot in between the eyebrows. You get to see this practice still in rural India and with some of the older folks. Other materials like lac, sandalwood powder, mica, ‘Kasturi flower’, turmeric and sindoor colour are used. Most women in India use this daily.

In my household my wife and daughter apply the Bindi every Friday and in all Indian festivals when they wear traditional colourful Indian dress and saree. My daughter is fond of wearing it in different colours and shapes. Her favourite one is the turquoise. I hope sharing my story helps people from other backgrounds to understand the significance of the ‘red dot’ to me and my family. 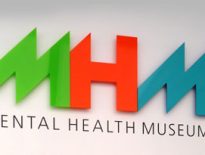 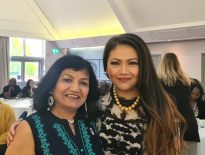 Uncategorized “It’s important to learn how we can respect ot…