Stoptober is a 28-day stop smoking challenge running throughout the month of October which encourages people to stop smoking to improve their health.

“My quit journey started after my son Joseph took part in a local campaign video for Breathe 2025 with his local rugby team, Illingworth ARLFC. After Joseph took part in the video I decided to give stopping smoking another go but this time using Yorkshire Smokefree.

“Although I have been lucky enough not to be affected by my long term habit I had become aware of some difficulty with my breathing. Main reason for quitting was my health, particularly my shortness of breath.

“I had smoked for around 30 years which is a very long time and I struggle to remember a time when I wasn’t a smoker. I remember trying my first cigarette around age 12.

“Thirty years on and multiple attempts later I joined my local stop smoking service. I chose group support as this was the most convenient session for me and I found the support very helpful. I used Champix again as it had worked for me in the past. The group support helped as nobody wants to say they have failed but with the support from the group I was able to discuss what feelings and temptations I was having at the time.

“Once I had quit I felt the longer I stayed stopped the better my breathing improved which was very encouraging. Since stopping smoking my health has improved as I feel less breathless. There are many benefits to stopping smoking but not having to leave a conversation for a cigarette is great.

“If I could go back I would not smoke that first cigarette – I now know that smoking can stop you doing the things you want to do later in life.”

Visit www.yorkshiresmokefree.nhs.uk to find out how you can quit your way like Jason did. 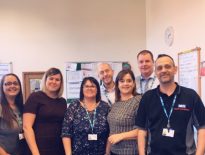 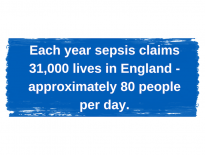