It’s targeted at more than 100,000 health, care, voluntary and community service colleagues working in organisations large and small across the area.

Launching on the 4 February ‘Time to Talk’ day, the campaign aims to get people in the workplace talking about mental health to prevent the risk of suicide. Over 160 organisations have already registered to get involved so far.

The ‘Check-in’ campaign aims to prevent staff suicide and promote a wellbeing culture by normalising the conversation around suicide and mental health as well as providing training, including links to credible sources such as the Zero Suicide Alliance, and signposting to support in and out the workplace.

The campaign, co-produced with people who have direct experience of suicide, has been created by staff coming together from NHS services, councils, Healthwatch and community groups, including the Samaritans and Platform 1 in Huddersfield.

WY&H HCP has secured funding from NHS England/NHS Improvement to the end of March 2022 of more than £1million to develop and maintain a Mental Health and Wellbeing Hub for all staff working in health and care services in West Yorkshire and Harrogate. The campaign will link to this important support.

Rob Webster, chief executive, said: “While people at risk of suicide may try to hide how they are feeling, they often give out warning signs, when at work. You might notice changes in their behaviour or be aware of events in their life that could be affecting them. Many of us may be unsure what to say, or how to approach the situation. By knowing what to look for, having the skills and confidence to have a conversation and provide support, you can make a huge difference to someone’s life. I’m urging everyone to get involved so they know the signs and how to respond by doing the online training provided at www.zerosuicidealliance.com.” 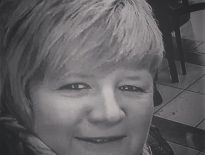