Each year on No Smoking Day the Barnsley School Health Service look for innovative ways to raise awareness and tackle the issues that smoking has on school communities, families and individuals. This year was no different and members of the team worked with Horizon Community College in Barnsley to encourage people to quit for good.

No Smoking Day 2013, which took place on Wednesday 13th March, followed the theme Swap Fags for Swag and was all about what smokers can gain when they quit – as well as improved health, they’ll have extra cash to spend on whatever they like!

Barnsley School Health Service faced a new challenge this year organising an event in one of the country’s largest state schools. The aim was to work in collaboration to spread the health messages about smoking and the aim of No Smoking Day, at the same time as forging good relationships with key school members who have interests in health and wellbeing. 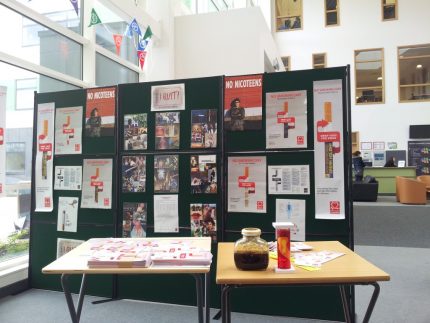 In a bid to reach all age groups and staff a large display was erected in the school’s atrium. Information about smoking and research facts were put together alongside medical pictures demonstrating the effects of smoking on the body. A “jar of tar “ and a plastic artery demonstrating fat build up and blockage were also used for visual reminders for the young people to realise some of the harm smoking does to the body.

At the same time as displaying information the display boards were used to act as screens to what the team setup up to look like a hospital cubicle. Inside the cubicle was a full sized dummy of a man in a bed with an oxygen mask, bedside cabinet, get well cards and even grapes. The dummy, who was named Mr Nick O Teen, was greeted with fascination by flocks of students as they entered and left the dining hall. Leaflets were given out to students which highlighted the aim behind No Smoking Day and details of stop smoking services. 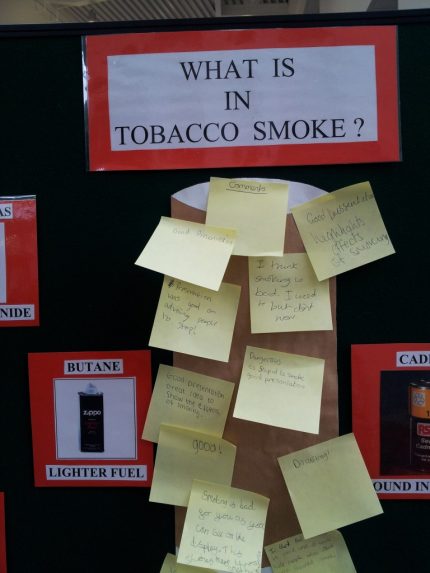 The students had fun looking at the display, asking questions and laughing at the humorous way the information had been presented. Comments from students about the day were gathered on Post It Notes and it was evident that the display had been positively received.

Speaking about the event Sonia Swaby, public health nurse with the service, said, “As public health nurses working in schools we felt we had planted different seeds in the students’ minds about the financial and health costs smoking ultimately has. It was a successful day made possible by collaborative teamwork with the full support of Horizon Community College students and staff.”

Find out more about stop smoking services provided by the Trust. 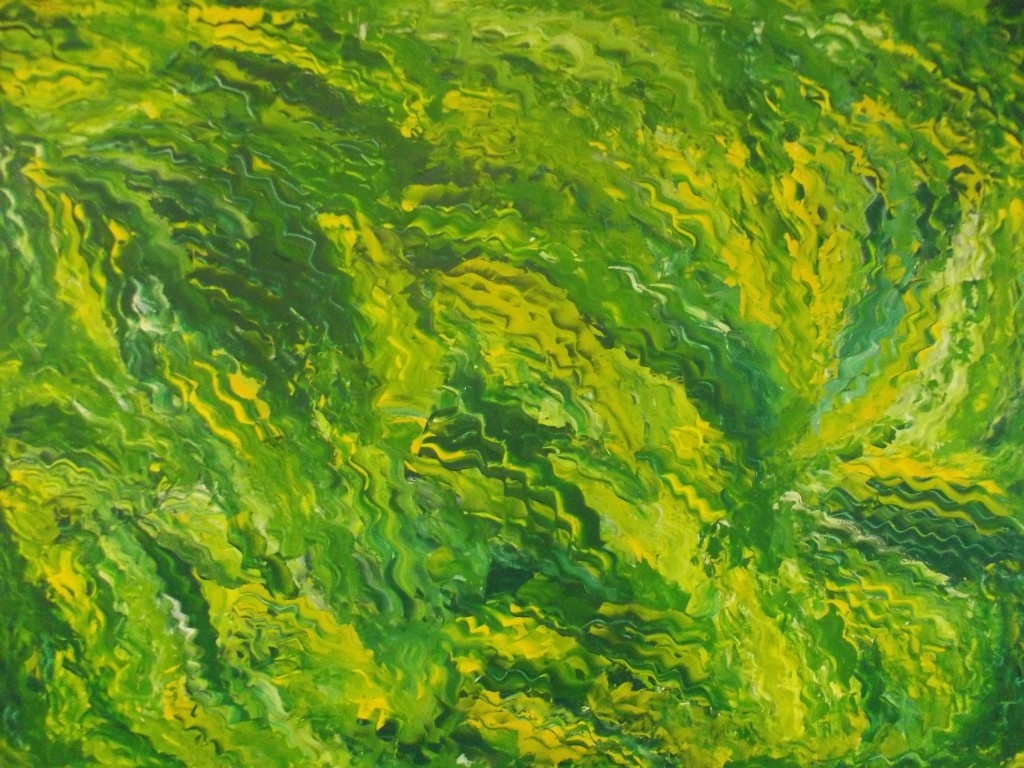