After a two year period of pandemic related enforced separation, the Trust’s Race Equality and Cultural Heritage (REaCH) staff network met together, face to face.  Staff network members enjoyed a day of supportive networking as well as an opportunity to listen to some inspirational speakers who spoke around the theme of belonging.

Alison Lowe, the deputy mayor for policing in West Yorkshire, talked about her personal early experiences of profound trauma and the impact it had in her later life.  She acknowledged that her leadership skills have been strengthened by her ability to embrace her vulnerability.  She told the assembled delegates that when she sought professional help, she was able to access psychological safe space that helped her in every area of her life, including her management technique.  She stopped relying on control as a way of managing people and situations and became authentically open to other people.  She commented that she subsequently fostered a management culture that was underpinned by support, care and love.

Alison spoke honestly about the challenges of her upbringing in Seacroft, Leeds.  She also acknowledged her sense of belonging in her family’s strong familial unit.  Her mother, of white Irish heritage, married her father who was from St.Kitts in the Caribbean at a time when inter racial marriage was a taboo.  Their union was met with fear and derision by many but together, after 50 years of committed marriage, they proved their critics wrong.

May Parsons, the recipient of the George Cross awarded by Her Majesty Queen Elizabeth II, spoke to the network members about the far-reaching impact of the pandemic on her personal and professional life.

May responded to a direct request from Coventry’s director of Public Health to be the person who gave the first Covid vaccine and also became part of Coventry’s intensive care init, nursing people who became critically ill and, in some cases, died due to Covid.  She spoke movingly about the personal toll on her family’s life as she adhered to the professional nursing promise she made in the Philippines, to serve patients.  May shared with the assembled delegates that she was scared about the impact on her family and received prolific criticism from people about her choice to be part of the UK’s mass Covid-19 vaccination programme.

May acknowledged in her speech that a person’s sense of belonging can blossom when they find the people and places that allow them to grow roots, like a beautiful flower.

Jaspreet Kaur completed the line-up of external speakers.  Author of “Brown Girl Like me”, she talked persuasively about the need to protect the 140 million missing girls who have either been murdered, abandoned or abducted, due to some people’s preference to birth sons rather than daughters.

She read one of her poems “I am” which gave delegates an invaluable insight into the challenges she faces to overcome cultural stereotypes.

The day concluded with a review of the network’s positive work and an announcement of the new steering group members: Nomagugu Ndhlovu (chair), Jacob Agoro (vice chair), Nasheen Oya, Racquel Murray, Asima Bibi and Ateka Kola.   There was agreement in the room that work still needs to take place to ‘level the playing field’ for people from ethnic minorities but sincere optimism that the new steering group will be able to continue the fantastic work of the outgoing steering group.

Mark Brooks, the Trust’s chief executive, commented: “It has been a privilege to support the race equality and cultural heritage network’s celebration event. I am very pleased to see that the network is flourishing.  It is so important for us to hear directly from staff about issues which affect them personally and professionally.  The network provides an important forum which enables positive change.  My sincere thanks go to all the outgoing steering group members and I look forward to working with the new steering group.”

Greg Moores, the Trust’s chief people officer, commented: ‘Today’s event was brilliant – a real reflection of the achievements of the race equality and cultural heritage network over the past year.  The network has brought about tangible positive change, and I look forward to working closely with the new steering group to keep up the good work!’

Manreesh Bains, former chair of the network’s steering group commented: “It’s been a privilege to lead the staff network during the very difficult pandemic period and see supportive relationships flourish.  I am confident that the new steering group will embrace the challenges ahead and help to ensure that our members receive support and feel represented in the workplace.” 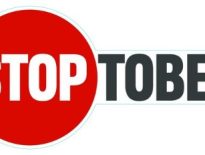 Uncategorized There’s still time to quit in Stoptober with… 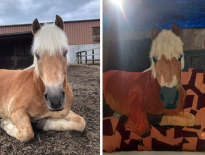